Alex is a witch and a Seer. She is a CEO of a hedge fund. She is a recurring character in Season 2 of Witches of East End. Alex is an old flame of Joanna Beauchamp back in the 1970's.

Also a witch and an immortal but specifics about her origin are unknown. Current day Alex owns a widely successful hedge fund company as a result of her seer gifts. While not much is known about her early life, she is seen in seventies and she was once in a romantic relationship with Joanna until Joanna broke it off with her after Alex revealed Freya's fate with Bobby.

Alex is confident, intelligent and can be incredibly intense. She is highly knowledgable about The Mandragora and when hunting one sent by Grandfather we see Alex transform into kickass soldier revealing her proficiency in various weapons.

As a witch, Alex is naturally able to cast spells, move things with her mind, and control the weather. She is also immortal as she has not aged since the 1970s.

As a Seer, Alex has the ability to discern past, present, and future events which she does by reading a person's palm. She had knowledge of Freya's past lives with Bobby (Killian) and their star-crossed destiny as well as Wendy's relationship with Tommy and her pain from past relationships.

Combined with her supernatural abilities, Alex is also a skilled and knowledgeable hunter. She is the only person to have fought a Mandragora and survived. 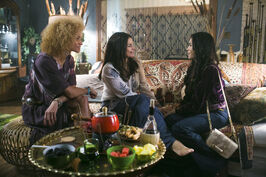 Alex with Joanna and Past Freya 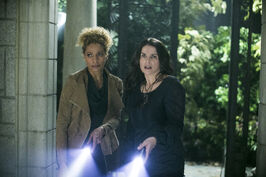 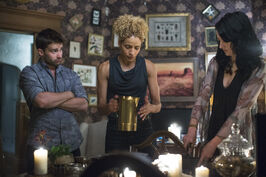 Alex with Wendy and Frederick 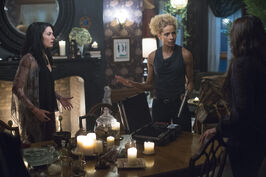 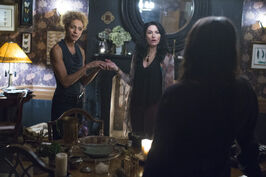 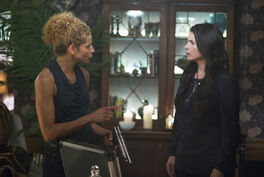 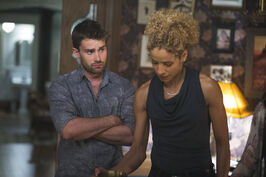 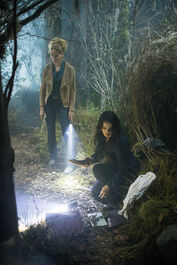 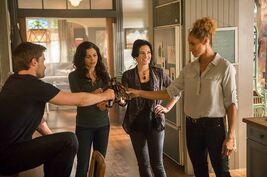 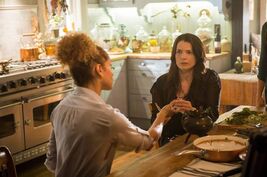 Alex using her powers
Add a photo to this gallery
Retrieved from "https://witchesofeastend.fandom.com/wiki/Alex?oldid=20200"
Community content is available under CC-BY-SA unless otherwise noted.